Scotland’s Kill Shelter made a huge impression on the darkwave scene with the debut single In Decay (featuring Ashe Ruppe of Delphine Coma and Karl Morten Dahl of Antipole) and the subsequent album Damage in 2018, which had the notable distinction of featuring a different guest vocalist from the darkwave/coldwave scene on every track. The high production values, strong melodies and differing styles made for a stunning set of collaborations which saw it garner many “best album of the year" accolades, and saw Scotland’s Pete Burns (the only member of Kill Shelter) in huge demand for mastering and remixing work over the past couple of years. 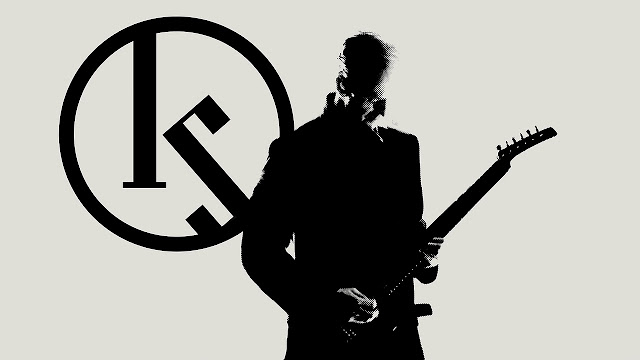 The most recently released of these, the Kill Shelter remix of She Past Away’s Soluk, came out on the Turkish outfit’s remix album X a fortnight ago to rave reviews, but although Burns began work on the follow-up to Damage immediately after it was released eighteen months again, in the intervening time only one track, Buried Deep, has appeared, released late last year in a Darkitalia compliation. In a clear departure from his previous work, Burns took over vocal duties himself on the dark dancefloor filling track, a lugubrious baritone vocal reminding us that “all that glisters is not gold” over a bass-heavy pulsating beat.


Recent comments on social media hinted that Burns, who has also curated (with Christian Schaefer) the excellent Rule of Three blog which has promoted well over one hundred darkwave artists over the past five years, was making progress with a raft of current projects, so I suggested that it was high time that he appeared as the latest respondent to the “Ten Questions to…” feature on this blog.

To my delight he immediately agreed, and his fascinating answers provide not only a detailed explanation of his working methodology but also some hints about the future Kill Shelter releases currently in the pipeline.

The highly recommended Damage is still available either digitally (on this link) or on limited edition white vinyl from Manic Depression records (here).


1. Your first Kill Shelter remix only dates back to December 2017. Were you involved in other musical projects before this one?

Kill Shelter: I’ve been a professional musician for quite some time and had music published by Universal and Sony BMG, written music for TV, Radio and Film as well as releasing material on various independent labels. Kill Shelter is a passion of mine, it’s very personal and its primary purpose is not commercial - it’s a channel and an expression and for that reason the music is uncompromised and rewarding in a very different way.


2. How difficult has it been to balance your paid work in digital media, your journalistic work on Rule of Three with Christian, and your work as an artist and remixer?

Kill Shelter:  I love being busy - I’m a workaholic and driven to the point of OCD. I’m really lucky to have the studio where I live so I can structure my day and divide my time according to demand whether that’s audio, tech, strategy or design. I chat to Christian most days and we share a lot of music but our schedules are pretty intense - he’s done incredibly well with his Wir Kellerkinder book and the Dark Stream Festival so we just make time for R3 when we can. I tend to do mixing and mastering earlier in the day when my ears are fresh and then split my time later over various projects depending on deadlines.


3. Since the release of the debut Kill Shelter album Damage, you’ve been busy with remixes and mastering of other artists’ projects. Do you find that just as enjoyable as creating your own project from scratch?

Kill Shelter:  I love working with other people I admire and respect, and remixing can be very satisfying from that perspective. When remixing I always treat the track like a collaboration and approach it from a production perspective not a straight ahead four-on-the-floor dance perspective. Mastering is a mix of technical precision and feel, so that’s a different discipline again. Original music is probably more satisfying long term and I’ve consciously reduced the amount of remixing I do to allow more time for the origination of new Kill Shelter material.

I’m mixing and co-producing the forthcoming Night Nail album and that’s been a brilliant experience. The guys have been great to work with and the album is shaping up to be a really classy affair. The quality of songwriting and musicianship really shines through I think.

[You can hear the first fruits of this work here]


4. Are there any scene veterans or even more mainstream artists that you’d love to get the chance to remix in the future?

Kill Shelter: Have you been reading my emails? Definitely. I find other musicians' work can be really inspiring and that’s why I enjoy doing remixes so much. In a way it’s a chance to work with other musicians in a different form. I’ve been speaking to a major label since February 2018 about a potential remix and I’m still hopeful that the remix will happen. If it does it will definitely answer this question in full. In the “it will never happen” category put me down for Giving Ground by the Sisterhood and Ornaments of Gold by Siouxsie and the Banshees.


5. Do you generally work on a kind of quid pro quo basis, in other words out of mutual respect as much as moral obligation can we expect some of these artists to provide vocals on future Kill Shelter projects?

Kill Shelter: I think you make friends along the way and if schedules and interests align then sometimes the opportunity to work together turns up. I never expect anything back from the work I do. Working with other more talented people always inspires me and that’s enough of a return and reward for me.


6. Your most recently released and probably most high-profile remix, She Past Away’s Soluk on their new remix album X, has been very well received. Were you yourself happy with the end result, and did you get much feedback from Volkan?

Kill Shelter: I loved working on Soluk and it was an incredible opportunity to play a very small part in the history of such an iconic band’s history. Both Volkan and Doruk were incredibly complimentary and supportive of the remix and I was secretly delighted to find out it had made the cut for the vinyl release too. X is a great release and it was exciting to be part of it along with good friends and peers like Antipole, Bragolin and Ash Code as well as scene giants such as Front 242 and Clan of Xymox.

I’m very grateful to She Past Away for the opportunity and equally grateful for the warm reception to it. It’s a good feeling if you can move people even through a remix or interpretation of someone else’s work. Someone described it as “a disgrace to western music” - that’s got to be good, right?


7. On the online Darkitalia quarantine festival, you recently showcased a video for the track Buried Deep, which was released just before Christmas also by Darkitalia on their latest compilation, the only new Kill Shelter track since Damage. Why did you decide to release just the one track, and why with Darkitalia?

Kill Shelter: Darkitalia have supported Kill Shelter from the start and Maurizio and Martina do a lot of great work to support the scene. Their Sparkles in the Dark compilations have featured artists like Boy Harsher, The Soft Moon, She Past Away/Ash Code, Hapax, European Ghost and many more so I was keen to contribute to that legacy and flattered when they approached me. I had originally thought it would be a physical release. While that looks unlikely now, it was the primary reason I put out that version of the track early and the form I did.


8. On that track you provide the vocal yourself, with a suitably deep and dark tone. Do you intend to provide more of the vocal content yourself on future Kill Shelter releases?

Kill Shelter: The first three full length Kill Shelter releases will form a trilogy and they are mapped out in concept - work on the second and third albums is in progress. Outwith that, there’s a collaboration album that I’m very excited about which will have vocals by Kill Shelter. I also plan to do an EP with a different theme and approach but that will be between albums II and III.


9. When you were choosing the title for Buried Deep, did you have The Sisters of Mercy track Bury Me Deep in mind, or is the similarity entirely coincidental?

Kill Shelter: Influences trickle down whether consciously or subconsciously and I’m okay with that. That particular lyric was improvised in the studio and wasn’t part of the words I’d originally written for the track. The title was reversed engineered from that particular vocal line. I then had the dilemma of it being quite close to the Sisters’ track name but I decided to leave it as a subtle reference even although it was unintentional. Musical influence and derived inspiration are really important to the creative process - there’s no doubt about that. Musicians often talk about their influences and that’s a positive thing. The real issue for me is when the output itself isn’t original - when it’s blatant plagiarism or a direct copy then I think that’s a pretty poor place to be. I don’t want to be anyone else musically. I’d rather innovate than regurgitate given the choice but I don’t want to hide the musical influences that have shaped and inspired me over the years.


10. You recently said that you had enough work in progress to fill the next couple of full-length Kill Shelter releases. When might we expect to be able to buy the first of these? With Pedro announcing that Unknown Pleasures Records (UPR) sadly won’t be releasing anything else for the foreseeable future, do you have a new label lined up?

Kill Shelter:  I think the collaboration album is most likely to be the next release.  The follow up to Damage is a little more complex and the third in the trilogy even more so.

Yeah, I caught up with Pedro and it’s a real shame that UPR will come to a close - I love that label and its uncompromising attitude. I’ve already been approached by a few labels, which is both flattering and reassuring, but no one has heard the material yet so I’ll wait until I have the final product and work out what’s best for everyone involved.

Hopefully someone will love it.

If the past is anything to go on, EVERYONE will love it. Thanks again to Pete for taking the time and trouble to respond to my questions.


Posted by nikolas vitus lagartija at 5:21 AM